When I first started coming up with ideas for this piece, I struggled a lot. I hated everything I drew out and none of my scale models were appealing to me at all. I had been thinking about the project and brainstorming ideas for a week; I had talked over my ideas with many people, yet nothing inspired me to create.

After being given an extension, I decided I wouldn’t think about the project anymore, yet on Tuesday, I decided I wanted to start working. I had a small doodle-like sketch of a possible idea and no scale models, but I started cutting metal and decided I would stop thinking and just see what happens when I make something without a carefully thought out plan.

Before I started working, I wrote down the words “precarious, uncertain, spontaneous, and wobbly” and in a way, these words guided how I worked. I spent most of Tuesday working on my metal sculpture, welding on pieces to see how it would affect the structure, hoping that the requirements of horizontal and vertical would somehow fall in place (which they did). While working on the project, I was free to explore – I held each piece of metal in my hands and experimented with how different pieces looked connected to each other. It became a piece more about process and a way to stop thinking. 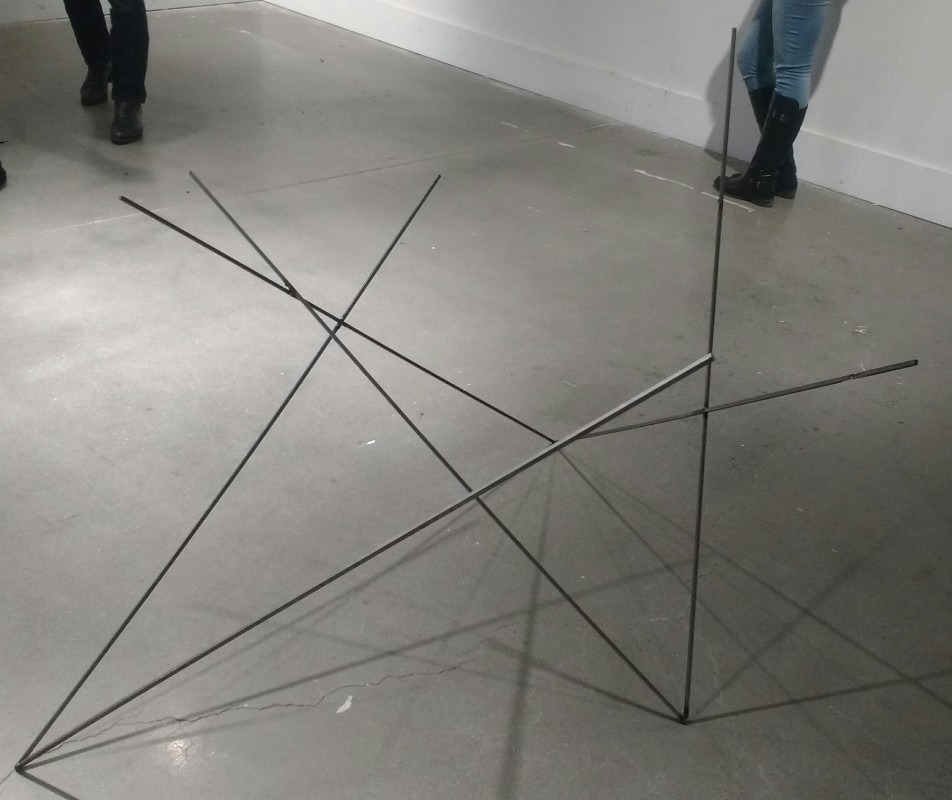